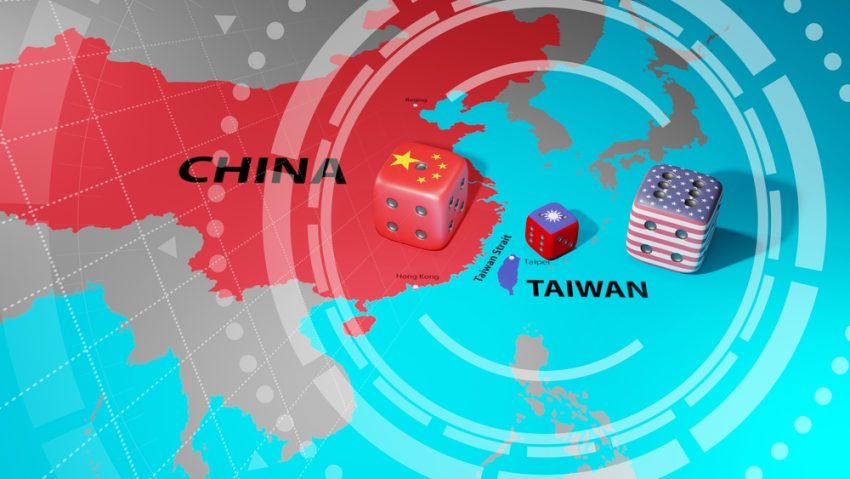 In protest of U.S. House Speaker Nancy Pelosi’s visit to Taiwan this week, China is conducting military drills around Taiwan. On Thursday, China said it fired a missile over the island of Taiwan, escalating tensions. Previously, China’s exercise areas extended well into Taiwan’s air defense identification zone, commonly referred to as ADIZs. It comes within 12 nautical miles (22.2 kilometers) in some cases. International law defines a country’s territorial airspace as a radius of twelve nautical miles. U.S. officials warned that more missiles might fly over the island, marking a significant escalation.

According to former U.S. Navy captain Carl Schuster, China is putting its military assets closer to Taiwan’s shores than it ever has. Although Taiwan is a self-governing democracy, mainland China insists it has sovereignty over the island and strongly opposes any suggestion it could be considered an independent nation. Taiwan is not recognized as an independent country by most countries in the world. The Taiwan Strait is a crucial trade route connecting northeast Asian economies such as China, Japan, and South Korea to the rest of the world.

John Kirby,  a spokesperson for the U.S. National Security Council, said the move was predictable and that he expects the actions will continue in the coming days.

Taiwan’s Defense Ministry said late Thursday the missiles had traveled above the atmosphere and posed no threat to the island.

According to Japan’s Defense Ministry on Thursday, five ballistic missiles landed in Japan’s Exclusive Economic Zone, including four that flew over Taiwan. Japan’s Defense Minister Nobuo Kishi stated that this was a serious problem that concerned Japan’s security and the safety of its citizens.

Kirby said a U.S. aircraft carrier would remain in the area around Taiwan for several more days to monitor the situation.

Meanwhile, in an interview with National Review Institute, former China policy adviser to Secretary of State Mike Pompeo, Miles Yu, predicted the “militaristic fanfare” would stop before Sunday. There is already a de-escalation of the promised “ball of fire,” according to Yu.

The Chinese foreign ministry Zhao Lijian warned the U.S. on Monday that Pelosi’s visit would be “gross interference in China’s internal affairs,” leading to very serious developments and consequences.

On Tuesday, Pelosi landed in Taiwan despite threats and reports that the White House tried to dissuade her from going.

Pelosi’s trip to Taiwan was described by Yu as a dramatic victory for the American people and Taiwanese, adding canceling the trip would have been a “diplomatic victory” for China.

According to Yu, China will not stop at Taiwan. If China takes Taiwan, they will fight Japan, Vietnam, India, and the South China Sea. He said that it is necessary to start at the beginning, and that is why Taiwan’s defense is so important.

Yu was asked what he thought about a Bloomberg report that the White House is lobbying Senate Democrats to halt legislation changing America’s Taiwan policy. Taiwan would receive $4.5 billion in security aid and be designated a major non-NATO ally under the bill.

Yu responded that a White House directive to Congress to tone down the language is absurd because, in recent years, Congress has passed all China-related legislation with an overwhelming majority, in most cases unanimously.

As always, China raises its anger level to the maximum and then waits to see how the U.S. reacts. Most of the time, we’ll cave, Yu said, urging the U.S. to stop its “anger management” of China.